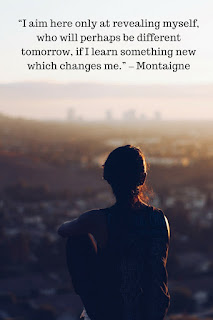 Today's Brave Blogging prompt - actually this was from a few days ago - I'm a little behind - is: "In the spirit of getting some words on the page, let's go for the low hanging fruit.
What can you share that you know like the back of your hand? What story have you told over and over? Or what's current for you? What's sonething that just happened or has been capturing your imagination?"

What do I know like the back of my hand? My daughter, but I have another blog for that so I'm not going to go into that here.

The current thing in my life is my desire to get back into running and find myself again. I look back to my life in 2009 when it was all running, all the time. I can still remember my best run, one August night after work when I just felt AWESOME and ran 10 miles. I remember being on the bike path and counting my miles via the mile markers. I'd get to a point and calculate how many miles I will have run if I turn around, and then go a little farther. It was such a great moment, one I wish I could regain.

I'm scheduled to run the Irishman this weekend. I've been sick the last 24 hours, so I'm a little hesitant to go run in 48 hours, but I also feel like I need to do this. I need to do it for me. The 5K of the Irishman was my first race ever, back in 2007, when I started running. I now run all three - the 5Miler, 5K and 1Miler.

It's been a struggle. Initially all was well: my hubby would watch the kid, maybe bring her down for the St. Patty's parade which immediately follows the 1Miler, or keep her at home and I'd have my day. But now he's working so I have to get sitters. My Mom is watching her for the first few hours, and then we're trying something new where one of her teachers at DayCare is going to come and watch her until I get home. We'll see how all this goes.
Posted by ~moe~ at 5:04 PM No comments:

25 Random Things about Me

As a way of rejuvenating my blog and my writing, something I've been wanting to do for awhile now, I signed up for Brave Blogging via the ever-impressive Andrea Scher of Superhero Designs. I've taken many-a class from Andrea and I'm really excited for this one.

Our first prompt - a favorite meme - "25 Random Things about Me". Here we go:

I've been freaking out a bit this week. Last Monday, the 15th, when all the shit was hitting the fan in Boston, I realized that I have 3 months to Little Moe's due date.

That's three months to:
I also have only three months to:
The biggest issue is that I have no idea who's going to sit at my desk. My boss is all about stealing people from other areas, which is great, but my job is more than just sitting at the desk and answering phones. And it's not just normal projects, it's a bunch of little stuff. And if it ends up being not one person, but several, then there's little continuity, so whatever information I put together for them will have to be detailed and understandable and accessible. Right now I have a lot on a secured shared drive, so I'm trying to figure out what I can take off and put where, so whoever he steals from wherever can access it.

So do I make a list of "How to do Moe's job" in detail - down to the last step, or do I just say screw it, let them only answer the phones and let it the rest pile up and I'll do it when I get back? And if I do make a list - how detailed do I get? I'm also worried about my email, because I only have so much space and everything comes through me. We do have a telework agreement in place, so I am debating on bringing home the laptop, but not sure the boss will allow that (and I think hubby would disown me if I did).

On top of that, my backup for a lot of stuff may also be gone during the same time frame, which will really suck. That's still up in the air - and I'm waiting confirmation on that.

I'm seriously considering working a half day, at least, each week while I'm on maternity leave, just so I can keep up with stuff and check on things - even if it's a Friday afternoon when most people are gone, just so I can go through email and do the little projects that aren't bad, but are a little tough to explain.

I don't know. My boss doesn't seem too worried yet. But then again, he's better under pressure (I usually am too, but the clock seems to be ticking a little too fast these days).

Less than three months!!! AAAARRRGGHHH! I don't need this stress. Oh and add on top of that: I have my 2-hour glucose test on Monday and I have this feeling of dread that my doctor is going to want to put me on bed rest, which will really screw up my life. Praying that doesn't happen.

Anything else in my life that I can worry about? lol
Posted by ~moe~ at 3:02 PM 2 comments:

My friends are awesome

So today my friend Amy was posting on FB about her plight with her yoga class. I'm her biggest fan so I'm often encouraging her to run, walk, yoga, whatever. So I, of course, sent her some encouraging words and cheered her on to keep going.

I busted out laughing. In fact, when she followed it up with, "Just kidding! (maybe)" I was laughing so hard I had tears rolling down my face.  She's awesome.

I've been trying to keep two blogs as of late. M and I started one for us when we got engaged, and I'm finally caught up wit h that one, but I didn't want to give up on this one, too. I don't know if it's so I can still feel sort-of "me" even though I'm now part of this twosome, or what. But there are times when what I do is really just my thing, so for now I'm going to keep this one going.

The last couple weeks have been a blur. M's mom got sick - ended up in the hospital and then we moved her to a nursing home. He's been stressing a LOT with everything dealing with that issue, which in turn has caused me a bit o' stress, causing digestive issues. Last week I was home two afternoons sick and finally last Sunday I felt better. M got sick this past Thursday, much worse than me, and he's been down for the count the last two days. So after a long day of trying every remedy we can think of to make him feel better, I put him to bed and told him I'd sleep on the couch for another night (he's extremely worried I'm going to catch what he has.) I already told him he's not going to work tomorrow. We'll see if he listens. :)

Yesterday, in an attempt to do a few Moe things, I went for a walk/jog with my friend Sara. The weather was decent - 30 at 9:30am - and we had a group fun-run happening in town. I wasn't going to go but deep down I really wanted to see how I could handle it. I didn't run a lot but I did jog a little through intersections and parking lots, just to see.

Honestly, it felt really good, other than a little bit of belly bounce. I need to get a belly band or something to help hold Little Moe in place. My abs are basically gone since I can't do crunches or situps, so there's not much holding my abs upright when I'm running around. But the fresh air felt great, and the exercise was awesome.

I know they say prego's can run throughout their pregnancy if they've been running prior to getting knocked up. The bad thing is, I had taken a month off after my awful marathon, trying to get back into the swing of things when I did get pregnant. And suddenly I was exhausted ALL.the.Time. so exercising was the last thing on my mind. The last couple months have been awful for weather and, while I've done some yoga and elliptical, I haven't been consistent enough. (I really should move south for the winter so I can exercise outside where I'm most happy.) But now, the weather is getting better and seeing the runners out makes me itch to lace up the shoes. But now I fear I'm too late to start.

I don't know. I'm frustrated in losing myself a little with this new little person soon to be around. People keep saying my whole life will change, and I know it will, but I think I'm allowed a little grief at losing my non-mom life for a bit.
Posted by ~moe~ at 9:34 PM No comments: